3-D CATS IN HATS NEVER TIRE OF THEIR ATTIRE!

The 3-Ds have been at it again.  They've been out there enjoying the last weeks of summer.  They seemingly never tire of finding new attire to flaunt. 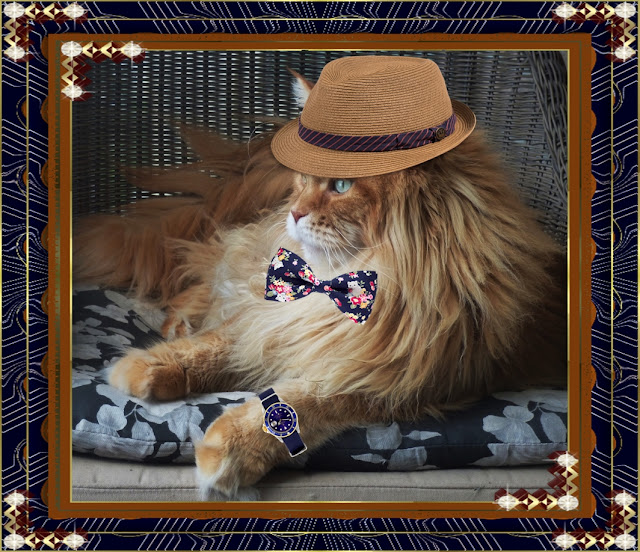 Dante has been sitting around 'watching' things, and none moreso that his brand new Rolex!  He's wearing a tan straw fedora with navy and pink-striped band, and has selected a funky floral bowtie, also in navy, to pair with it.

As this also reflects the colour of his watch, one might say that (at least for the moment), Dante's truly "In the Navy ..."! 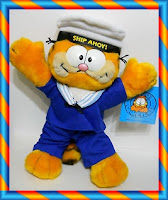 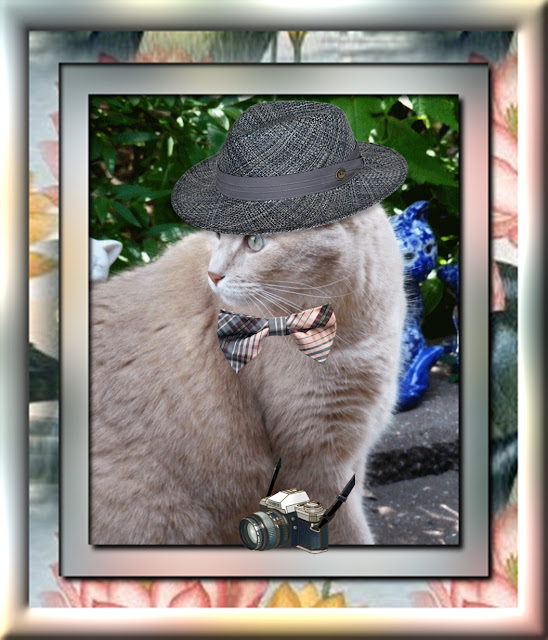 Dylan's donned a bluish-gray straw fedora that has a tweed effect.  He has selected a multi-coloured bowtie in hues of gray and peach with dashes of dark red to go with it.

With his camera slung around his arm he looks like a photograFUR from the 1940's!

And it looks like Dylan's not the only mempurr of the PAWPAWratsi out there either!
He's got stiff competition from the rodent PAWpulation. 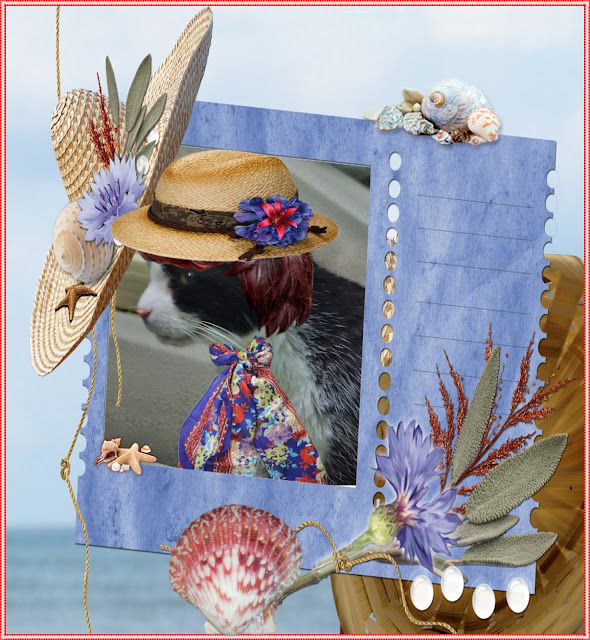 Domino's been selling seashells by the seashore.  She's wearing a light straw hat with brown band decorated with blue and deep pink flowers over her dark auburn wig.  She has coordinated this with a similarly-hued scarf for some warmth.  After all it's more than just a bit breezy down by the sea.

Domino's not too crazy about sifting through the water for all those shells, but she does enjoy what's inside them.  And once you're finished eating you can sell the containers!  Not a bad deal after all.