STEPPING OUT WITH DANTE AND DOMINO

I had a few friends over and we were sitting out on our front patio.  So the two most social 3-Ds came out to join us.  Dante and Domino are regular party animals! 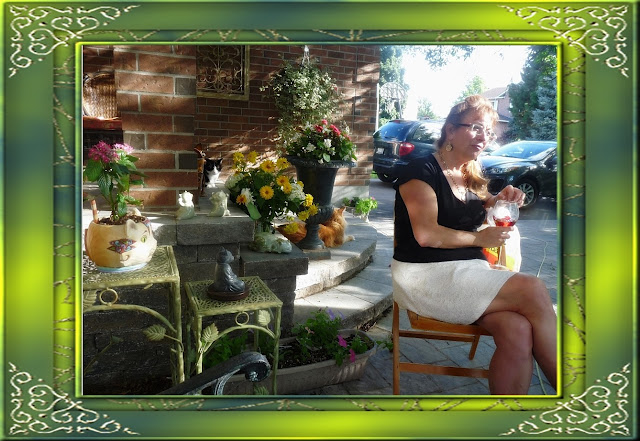 Here they are keeping tabs on efurrything.  Of course keeping tabs is what tabbies do best, but actually Domino seems to be the one who's paying attention, while our red tabby Maine Coon is clueless.

The pretty lady is our good friend and neighbour, Susan, or as the 3-Ds call her "Auntie Susan". 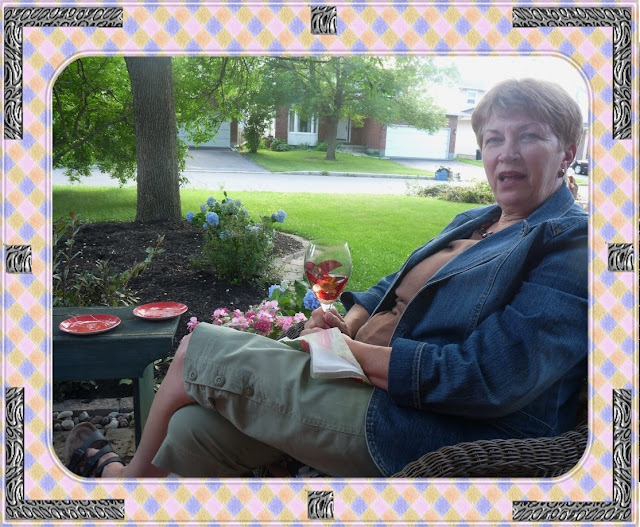 Also part of the wine clatch were Auntie Renate and ... 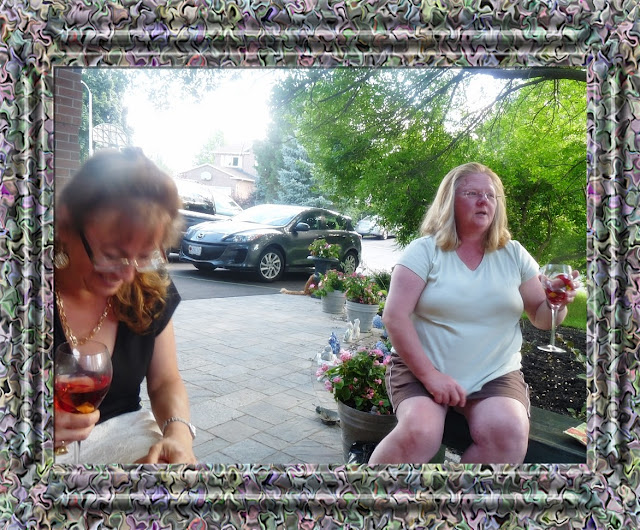 ... Auntie Val.  If you're going to clatch onto something -- it might as well be wine!

Dante, on the other paw, went out to check out the strange cars in the driveway, and then to briefly watch from the garden's edge. 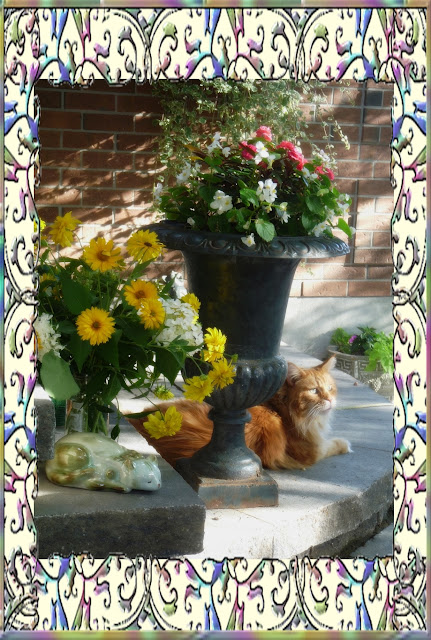 Then he thought better of it, and took up his position on the steps.
"All da bettah ta see you wif!", says Dante. 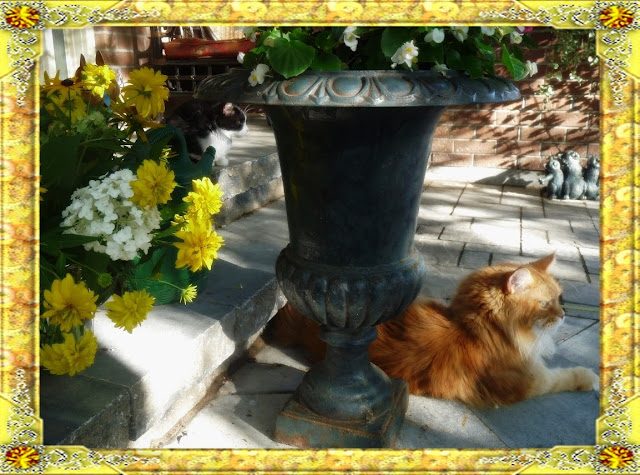 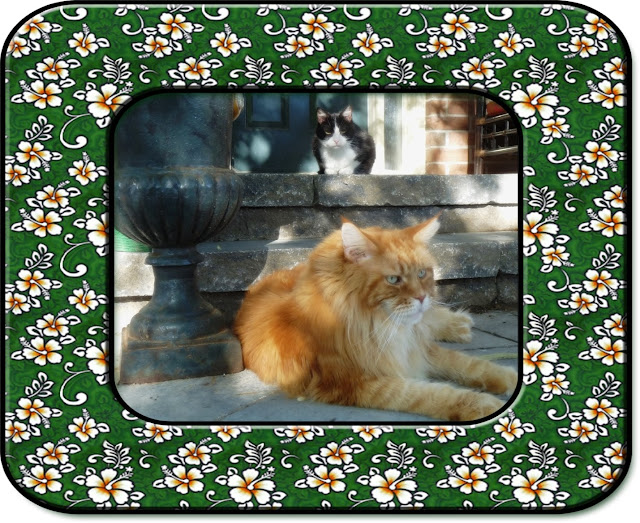 "We hasta step up our game if we're gonna keep dese girls in line!" 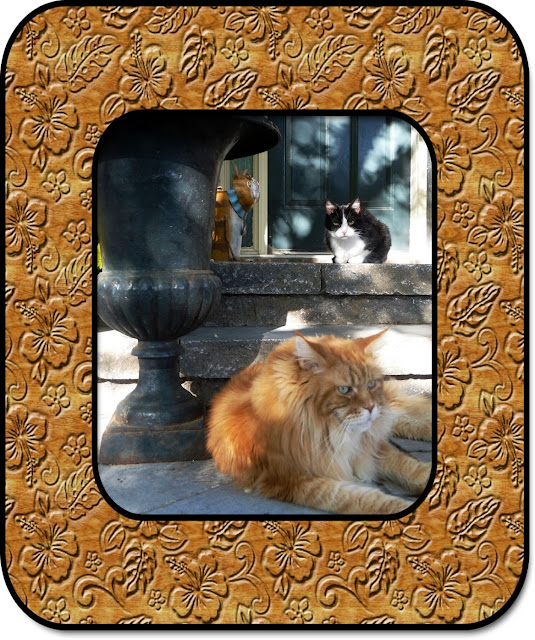 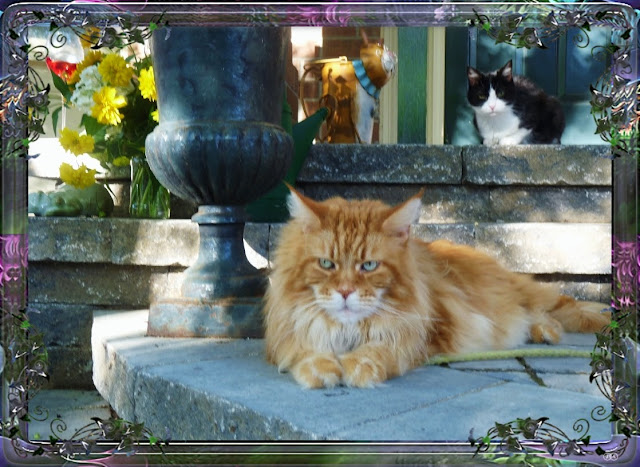 "Is serious bizness", declares Dante, looking as sober as possible. 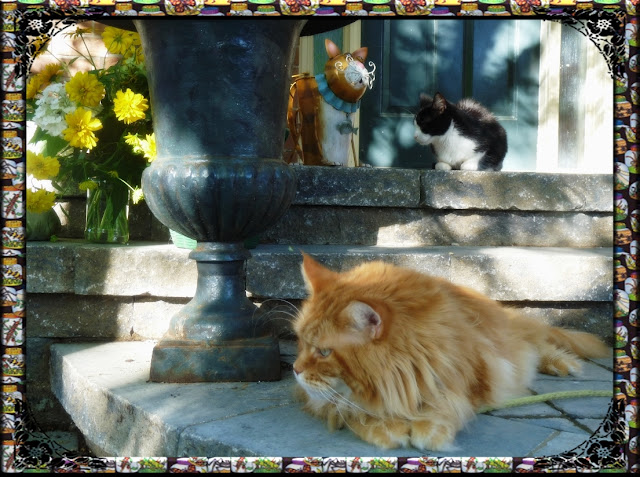 But unfortunately, there were others who weren't so sober!  What a raucus ruckus!
"Dial it down a liddle, will ya ladies?" 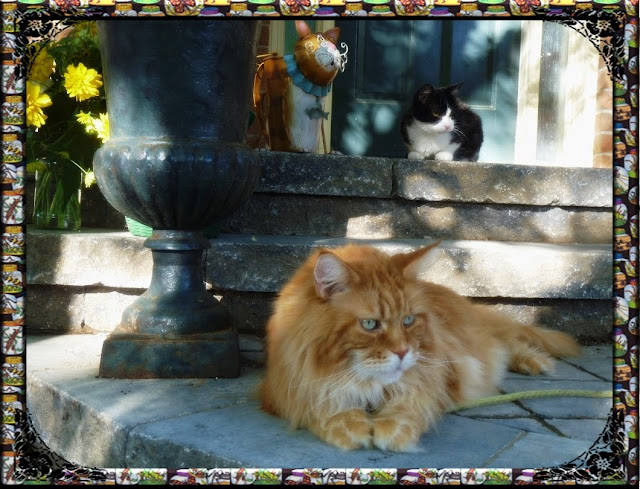 Their words of caution seemed to have had an effect, so Dante and Domino can relax and return to their regular business of dog-watching.
"No poopin' on da grasses!" they sound in unison. 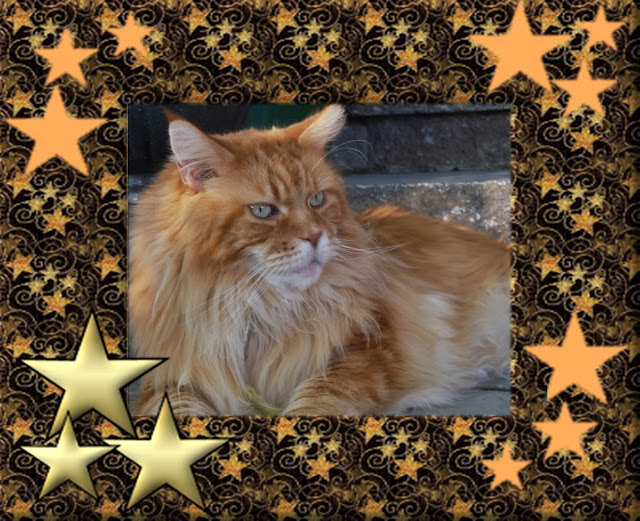 Even though Dante thinks as a stair stepPURR extraordinaire, he is certainly the 'star' of the show ... 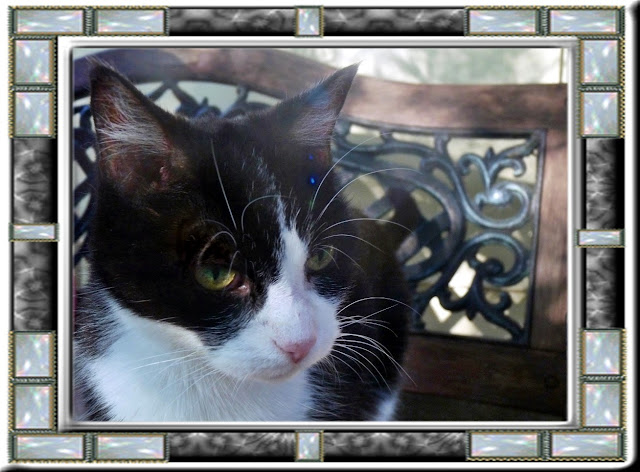 ... little Domino always comes from behind.
"If yoo noes wot's in front of yoo, yoo always has de CATvantage!", says she. "Acourse, sumtimes yoo hasta STEP on sumwun in ordah to gets ahead.  Luckily, Dante is soft an' squishy an' eezy goin'."

And speaking of easy-going, it looks likes those ladies just got up and went!