Domino has a 2013 Calendar of her own titled "Your Daily Domino".  It contains some of the best from her photoshoots during the past year. 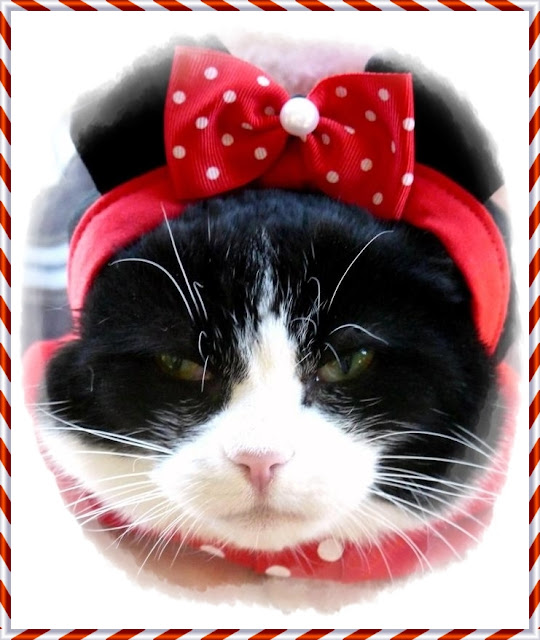 The cover shot is Domino as Minnie Mouse or "DoMINNIEo" as I like to call it. 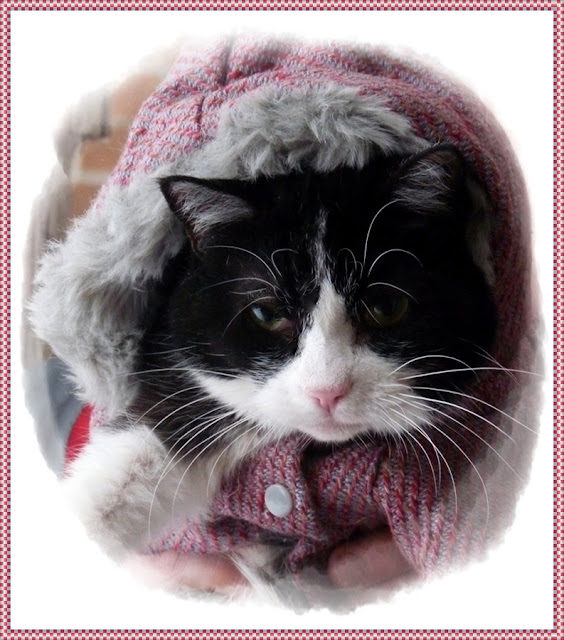 It's January, and Domino is FELINE a little FROSTY! 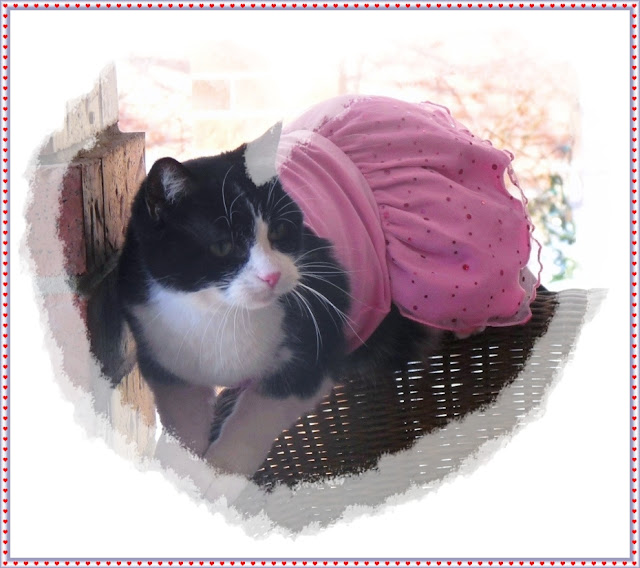 In February she's in her Valentine's dress waiting for Milo to come pick her up.  "Have a Hearty Valentine", says she. 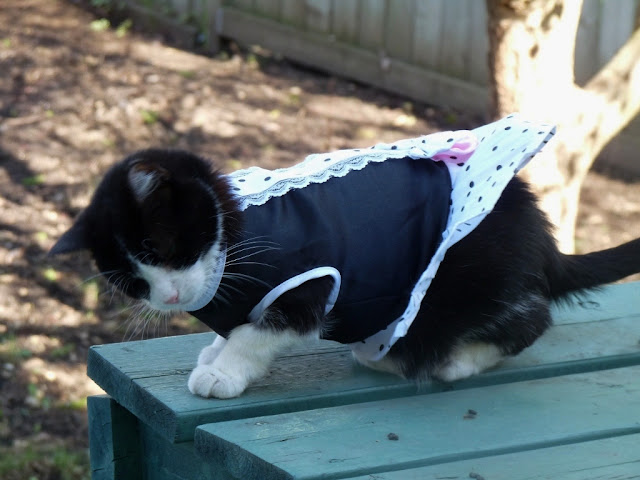 "March really blows!", observes Domino.  It may be just a tad early for a sleeveless dress, don't you think? 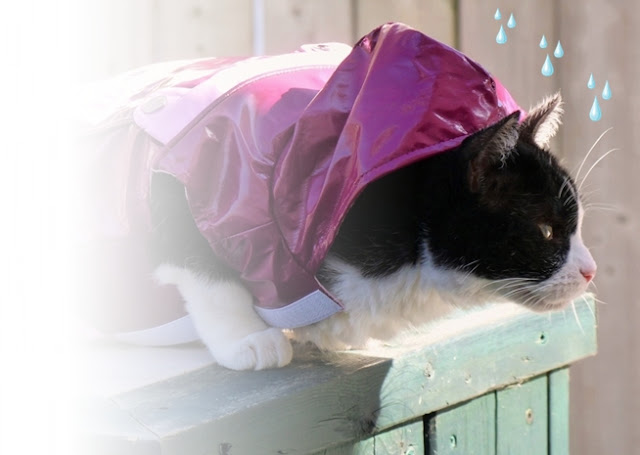 And for some reason in April "Raindrops Keep Falling on Her Head"!  Nowhere else -- just on her head.  Go figure. 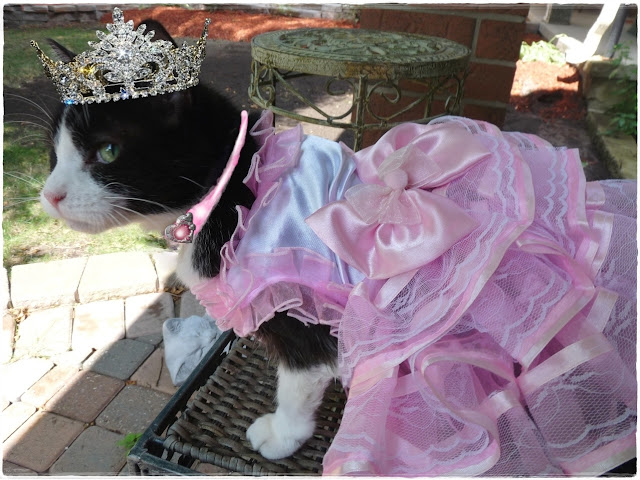 In May, Domino gets all gussied up for the Queen's birthday.  "But I tot I was da Queen!" she says, giving us  her best PETulant look. 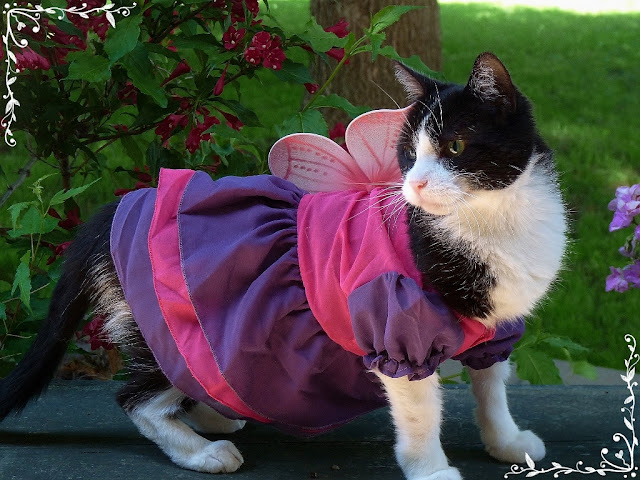 June turns out to be fairy, fairy interesting!  I haven't practised yet, she says, "so I'm jus' WINGIN' it! 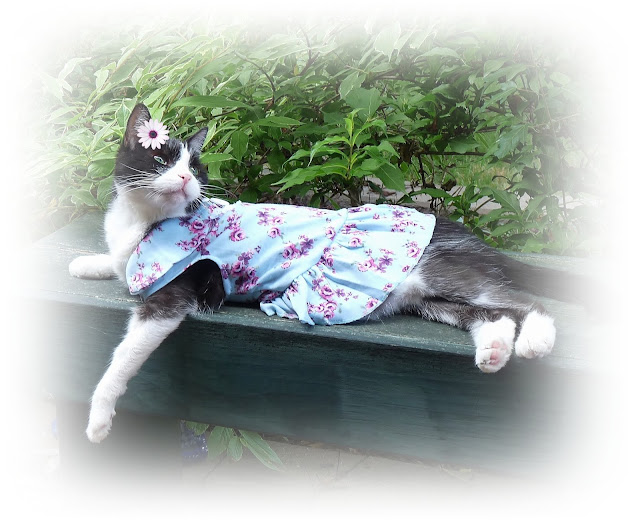 In July, Domino demonstrates her lazy DAZE of summer!  She's such a natural. 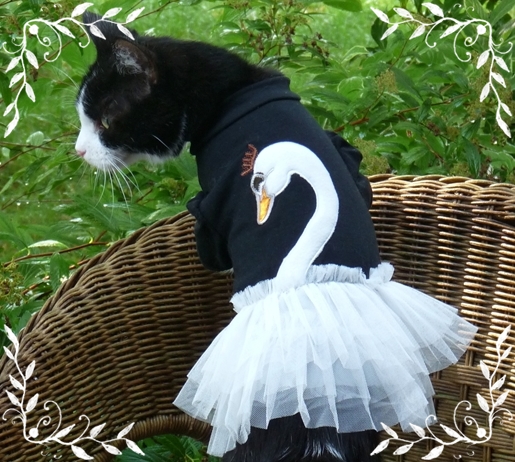 August finds Domino ready to take a swan dive -- it's so darn hot! 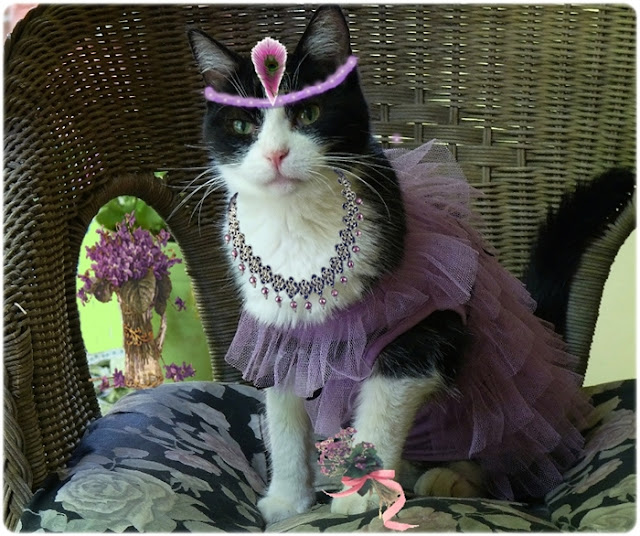 September is Domino's birthday month and she's gone vintage this year.  "Even doe it's da Roaring 20's", she says, "I'm still only 12!" 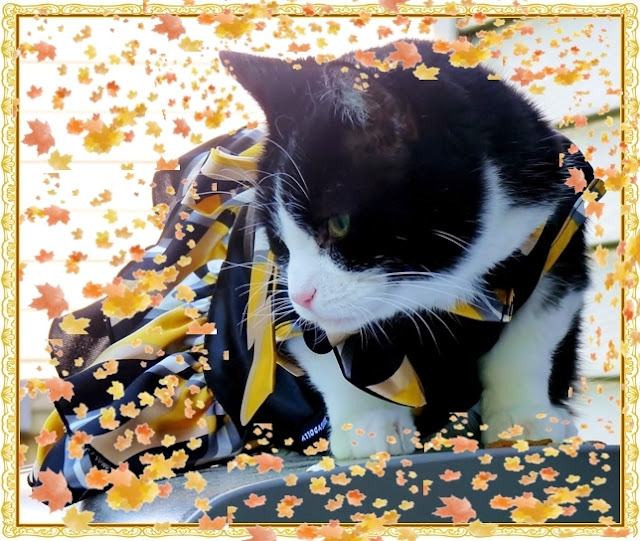 What can you say?  October is just beyond beLEAF! 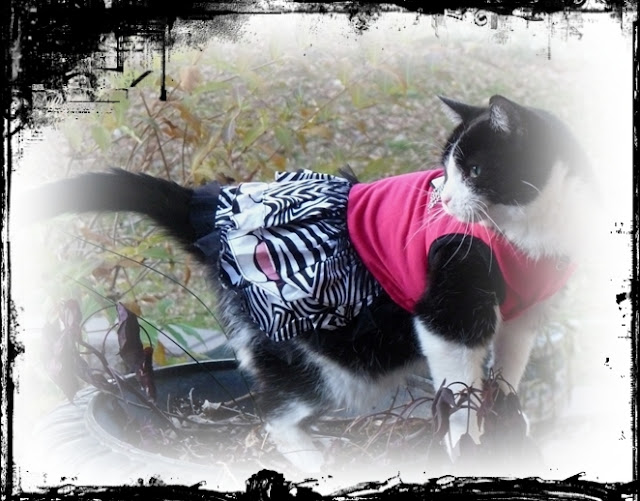 In November whither she goest, it withers.  "I likes ta stand on Withering Heights and gives efurrybuddy my best witherin' look!" 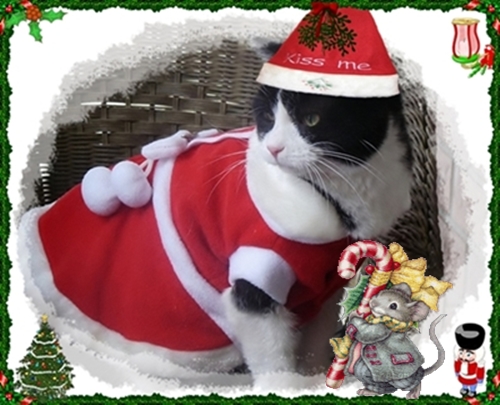 And, of course in December, Domino's wishing efurryone a Merry Chrismouse.  If only the darn thing would stay inside the stocking!

Note:  Domino is actually wearing each and every outfit.  Mom just helps her out from time to time, with a few photoshopped accessories.

Domino is such a fashionista!

Awww, those are so cute!

Those are great! Domino wears her clothes so well.

Domino as Minnie Mouse is THE BEST thats such a good look, my favorite tho is the Fairy costume, the wings the sexy sideways glance, just screams sexy kitteh!
Domino you are one fashionable feline!
Love and LKicks from Frank xxxxxx

You are so pretty sweet Domino, every day or every month!

We are so impressed with gorgeous Domino's modeling ability=she is purrfect!...So many awesome photos of your beautiful girl, we know she drives the mancats wild=she deserves her own calendar!...xoxo...Calle, Halle, Sukki

I luvluvluv July!! And I am not surprised those animals over at Katnip L like that one...harrummppfff...pay them no never mind Domino

Wow, what a fashionista! We are purring for Domino. We always have extra purrs to spread around.

Oh Domino, theese are such fantastic photos of you, we love all your outfits! We are sending our biggest purrs and prayers in your direction for your good health and for you to be feeling better shortly.