MANCAT MONDAY WITH DYLAN: "THE EAGLE HAS LANDED"

When Dylan's outside he is on high alert.  With his helicopter ears and his eagle eyes, nothing can get past his notice. 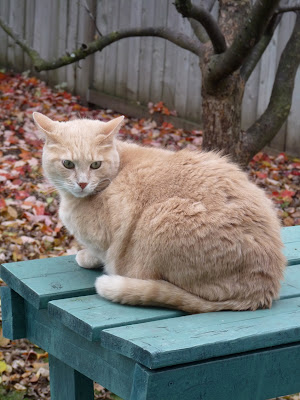 Dylan likes to make sure that the back patio door is still open, even if just a crack.  If not, he will immediately beat a retreat to said back door and yowl at the top of his lungs. 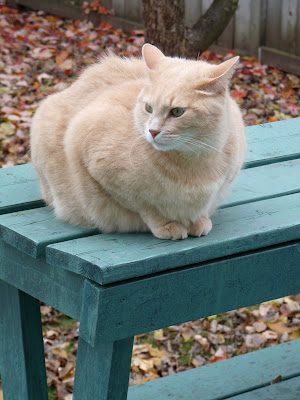 Knowing he has a fast and easy escape route, his sharp senses take in all of the stimuli which surrounds him, until finally ... 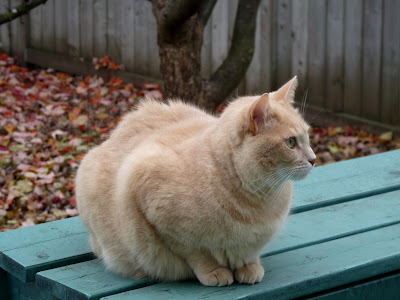 ... he finds trust in its familiarity. 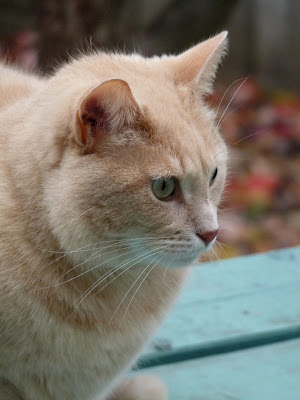 His heightened senses can gear down ... 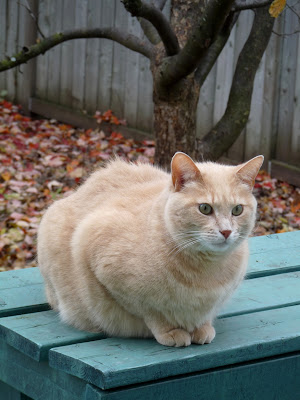 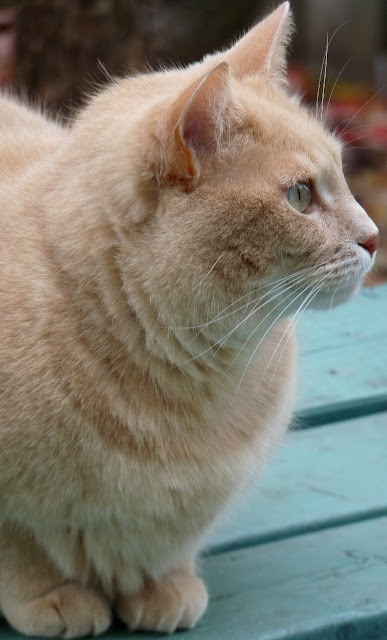 ... and he glides into position for a landing.

Now totally relaxed, Dylan waxes philosophical.  "Aftah all, wot is an
E-Gull?", asks Dylan. "It must be an
E-Male wif wings -- just like me!"

Being Enlightened makes it so much easier to fly.
Posted by CCL Wendy at Monday, November 28, 2011

You would sure make a great watchcat Dylan, always on high alert!

You are quite the best sort of watch cat Dylan - and so clever with it.
Luv Hannah and Lucy xx xx

Ah indeed it does.

The mom says she prefers your kind of flying to the human kind, Dylan!

Wow, I bet NOTHING gets past you, Dylan!

Hmm, sounds like lots of fun. Me will have to try.
Kisses
Nellie

Dylan, we think you are so handsome with your fur all puffed out for warmth...and your EARS!!
We ladies are swooning.

You are a very wise kitty to make sure you have a retreat path!

Dylan you are very cute on the look out!

Dylan you are a very sensible mancat!