TUXY TUESDAY WITH DOMINO: IT'S HER PURROGATIVE!

It's morning, and Domino is getting a breath of fresh air on the back deck. 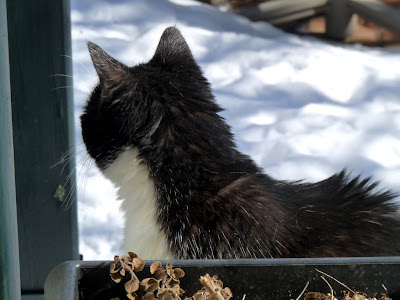 She takes a moment to survey the snowy landscape. 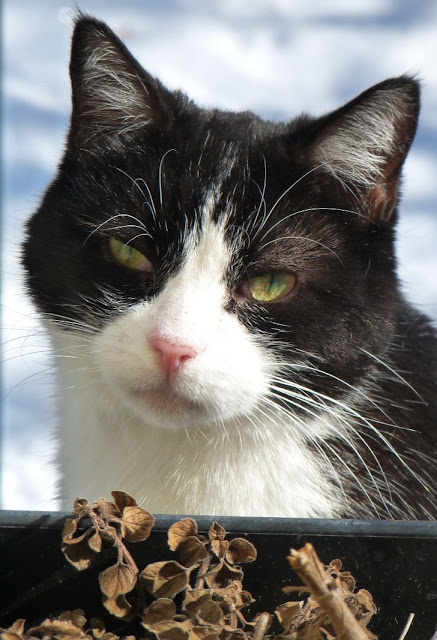 And to pose prettily for her morning photoshoot.  She doesn't know how to pose any other way, of course. 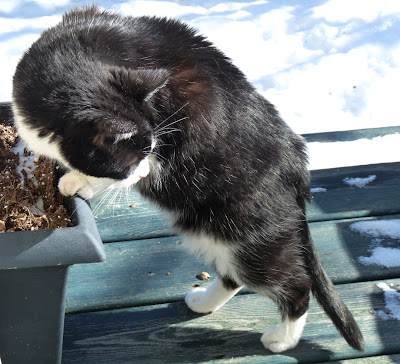 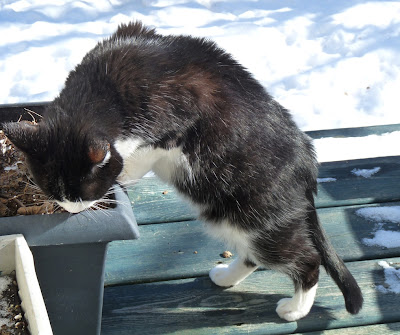 ... and stretches are in order! 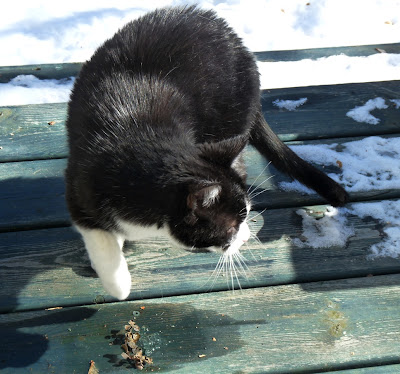 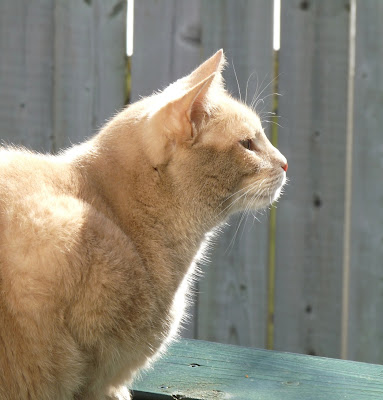 ... Dylan, just basking in the sun -- not taking notice of anything nor bothering anyone. 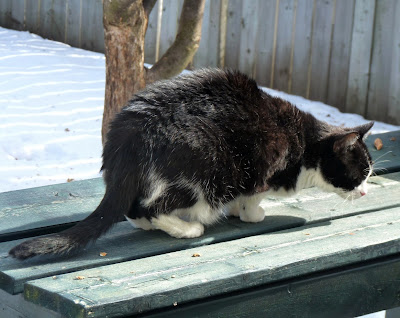 So, Domino jumps up on the deck bench, too -- now that she's all loosened up! 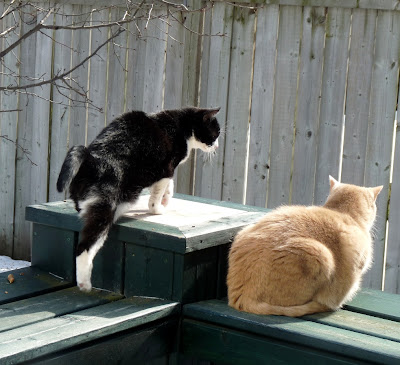 And she makes her way over to where Dylan is calmly PURRched. 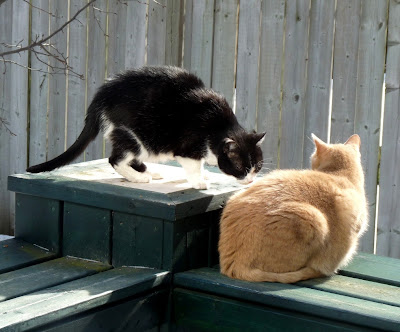 Then Domino sniffs him -- not like Dante would (she's not into butts).  This is just the prelude to ...
THE BIG WHAP!
(Sorry, but I missed the actual shot -- it was so quick and unexpected) 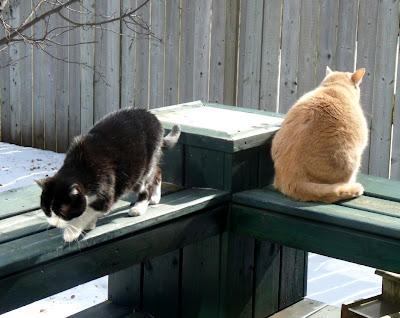 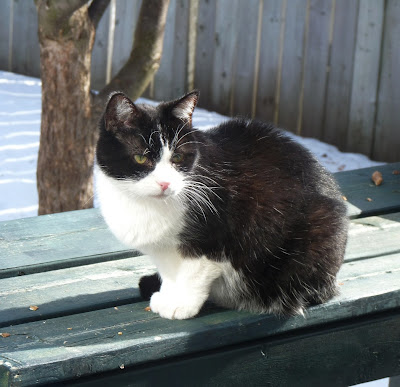 And sits sweetly and primly, as if nothing had happened.  When I asked her why she did it she said:
"I jus' needid to keep him in line!"

Dylan, being the victim for the second day in a row, just doesn't understand.
"Wot did I doo?", he asks.
Nothing, Dylan -- nothing!  Sometimes life is a bitch!  And then, there's Domino.
P.S.  Before any of you start to feel too sorry for Dylan, he is known to ruthlessly attack Domino by jumping on her and biting her neck.  However on this PURRticular occasion, he had done nothing to warrant such action.  Domino was just exercising her royal PURRogative!
﻿
Posted by CCL Wendy at Tuesday, March 01, 2011

We have that behavior are our house, too!

Domino you are such a cutie! And we have those random, unprovoked attacks at our house too, so we totally understand it!

as well she should! Keep 'em in line before they even get a chance to be out of line! Love it!

Oh, Annie and Nicki were masters of those unprovoked attacks -- mostly Nicki doing that to Annie. We *were* going to say "poor Dylan," but guess we can't now, since they take turns. :-P

That second photo of Domino is just gorgeous.

Dylan just can't catch a break right now, can he?

Atta girl, Domino! I give Connor daily smackdowns to keep him in line, too!

Dommy was just defending herself against possible attack ~ there's no law against that, is there?

That second picture is like looking in a mirror, 'cept I have a black painted nose.

Oh Domino-you remind me of our JOY! The boys don't stand a chance with her either except for her Tommy!

We girlcats need to keep the boys in line, Domino!

Oh, Domino, those men just need a firm hand. And you've got 'em firmly in hand!