This is a sneak peek at Domino in her Valentine's Day outfit.  The pictures were taken after the actual photoshoot, but I continued to snap away as she relentlessly attempted to open the door.

Afterwards, upon viewing the results, I figured it could be presented as a pictorial on "How to Pick A Door", by Domino.  My adoorable little 'picadoor' tried every move pawsible to get that thing open, but the door stood fast against her repeated jabs.  In the end, though, Domino uses other, more effective, methods of PURRsuasion, as you will see. 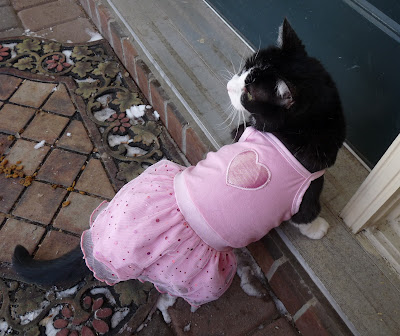 Here is Domino in her special Valentine's Day dress.  Isn't it sweet?
She's going to wear it for Milo when the special day comes.  But, right now, she's had enough and just wants to go inside. 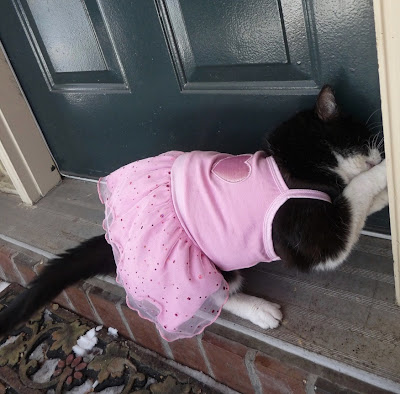 Not one to wait on ceremony, Domino takes matters into her own paws. 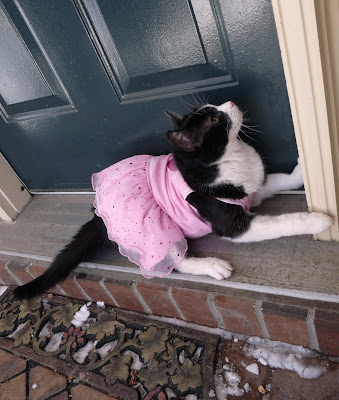 "PURRhaps if I puts PURRessure on this spot, it'll pop open", she says. 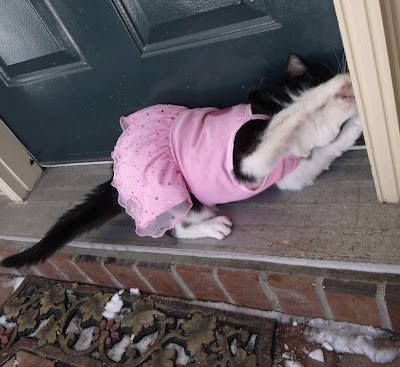 When that didn't happen, she applied even more pressure.  Surely two paws and a muzzle would do it! 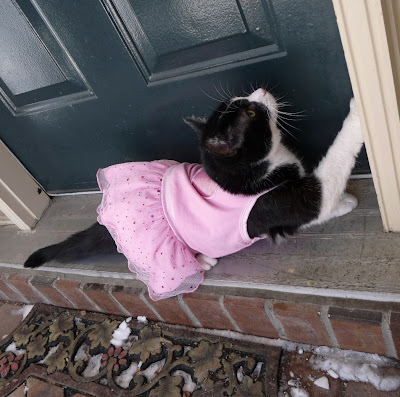 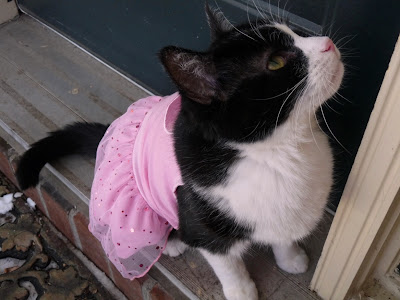 When that doesn't work, she changes tactics and tries out her telekinetic abilities.
"I fink I can, I fink I can ..." 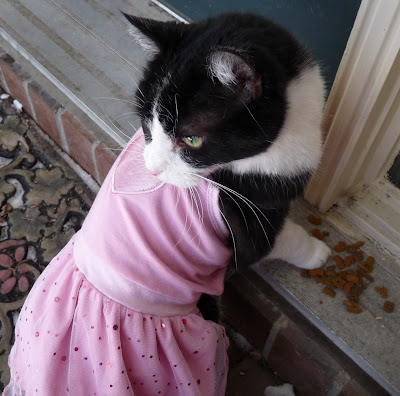 Domino stops to collect her thoughts before ... 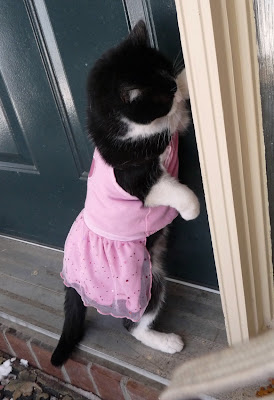 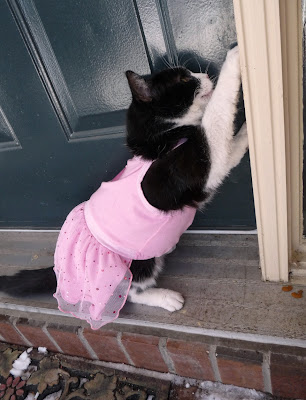 "Maybe if I frows mai whole weight against it, it'll budge a bit", she says, ever-hopeful. 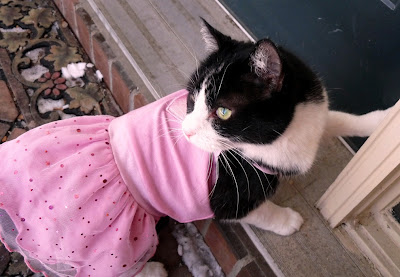 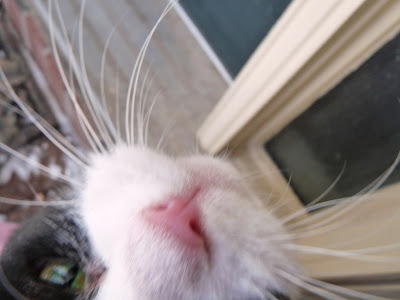 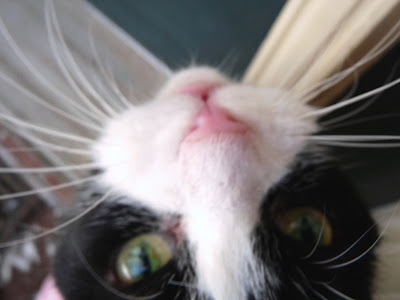 "Mew, mew, mew!"
So in the end, cuteness is mightier than any kind of physical PURRowess.  It was the key to mama's heart (and ultimately, the door, of course).
Tune in next week, on the 14th, for Domino's Valentine's Day photoshoot.﻿
Posted by CCL Wendy at Tuesday, February 08, 2011

Poor Domino! You looked beautiful but determined to get in that door!

NIce try Domino. That mean mom should have let you in long ago since you were so good to model that gorgeous dress. We sure hope Milo saw you. Take care

You are adorable in your dress. You gave that door a very good try!

You were very determined!

We hope the door opened for you in the end!

Domino, that was a little bit mean of your human to keep photographing you when you wanted to go back in so badly!

We are glad you got in at last Domino. You tried very hard.

the dress is beautiful but I think Domino is more of a jeans and a T-shirt kinda gal....she didn't want to be outside in such a girlie dress!!! lol

ah mom let poor domino in the house already!!! and yes, the key to everything rests within a cats eyes!!