These are pictures taken last year around this same time.  There was a bit of a thaw (unlike this year), and Dylan, the brave, being the explorer that he is, embarked on a solo Snow Trek to the end of the drive.  Just think of him as a combination Hans Solo from Star Wars and Captain Kirk from Star Trek, although his ears much more resemble those of Mr. Spock!
The end of the driveway is like the end of the uniFURse in winter time.  So, Dylan went where no cat went before.  The others preferred to stay closer to home. 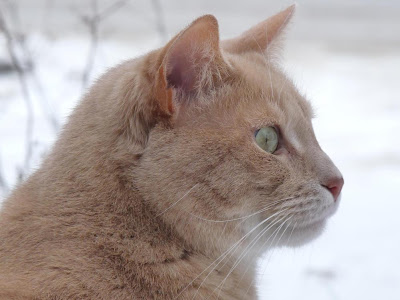 Dylan surveys the winter wasteland that is our front yard. 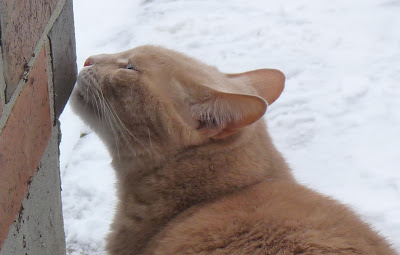 He scent-marks the corner of the house so he can find his way back, and gives it a kiss for good luck. 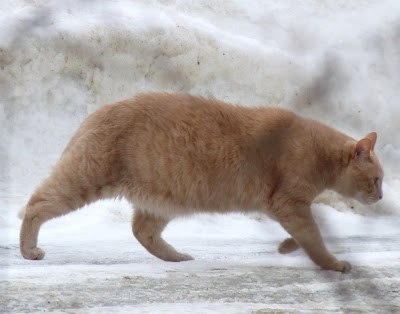 Off he goes, into the frozen tundra that is our driveway. 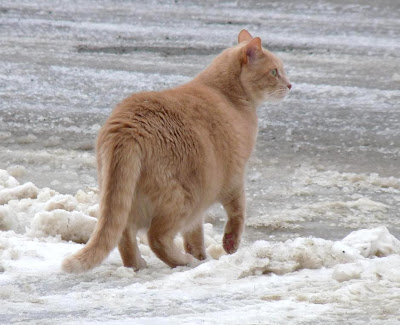 After many seconds, he reaches his destination.  Should he go further into uncharted territory? 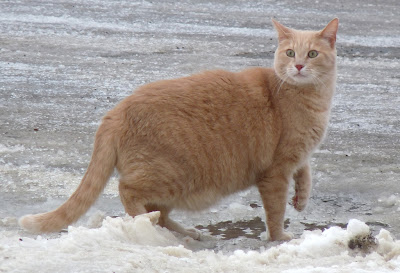 Or return home to the safety of his home and his loved ones? 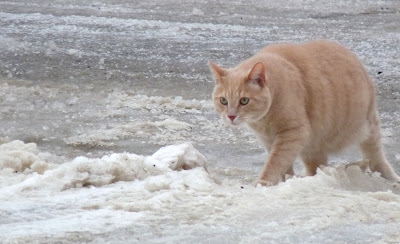 Home calls the loudest on this purrticular day, i.e., he hears Dante howl. 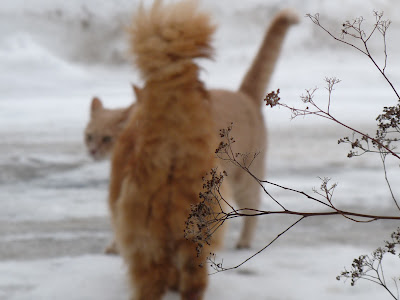 And here's Dante to greet him at the end of his long and arduous journey. 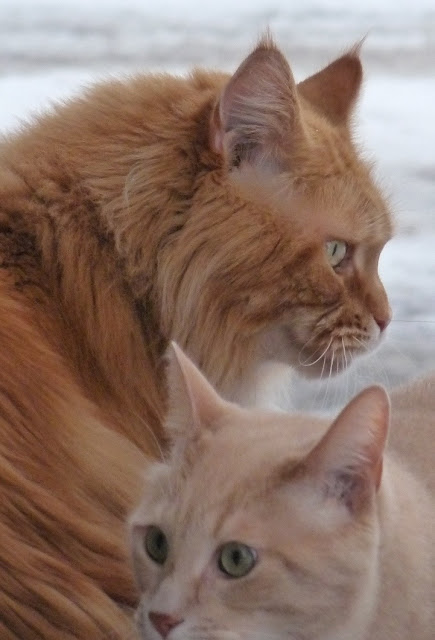 Dylan - don't get frost bite on your pretty toes. Have a stern word with your brofur Dante and warn him about cold pawsies.

brrrrr...it's cold out there! Go inside where it is toasty warm!

Get inside before you freeze off your toes!

It doesn't seem as interesting to explore all the white stuff as it is when everything is bushy and green, and who knows what is hiding under all the leaves?

It is time to go in and get warm!

It's so cold now that we can't imagine you two out there in this weather! We are glad this is last year!

What an adventure! We shivered right along with you, Dylan! The driveway is a long long way from the house when your pads are cold.

Dylan you are very brave!!! It's nice to see you have the support of your brother when you head out on your treks :-)

Oh my! That is some adventure out into the cold. You are very brave.

Those boys have amazing green eyes!

The pictures of you guys in the snow makes our toes cold! We'll just read your adventures from the warmth of our flat!

WOW those are really great pics of you two guys out in the ice and snow. Old man winter certainly has made his appearance... I love the colors of your coats against the pure white!