DOMINO AND DYLAN SMELL SOMETHING INDESCENT!

After some rain had washed away most of the snow, Domino and Dylan were anxious to explore every corner of the back yard.  Strangely, they were each drawn to the exact same spot, but separately -- each approaching for an opposite direction.  What on earth (literally) was so compelling to induce this extended spate of smelling?

During the course of their investigations, both Domino and Dylan struck some picturesque poses, which I was at the ready to capture. 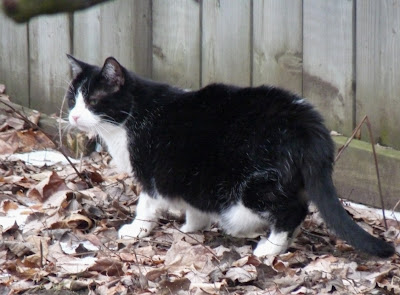 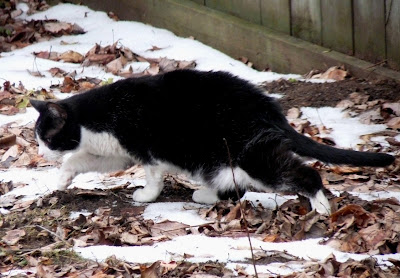 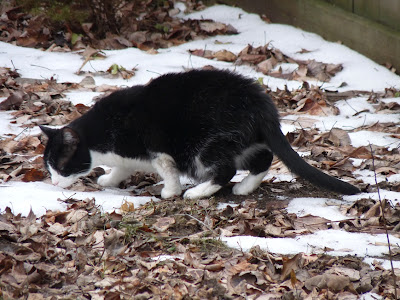 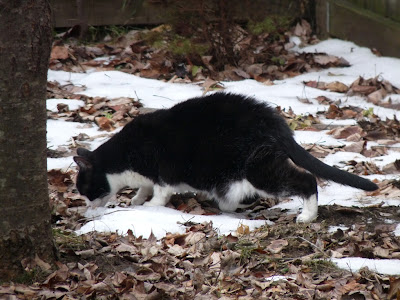 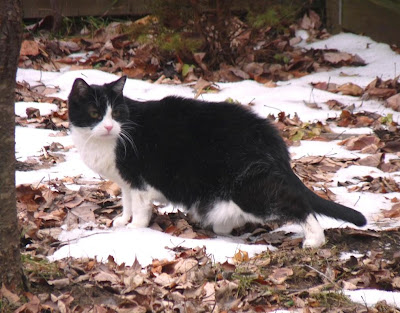 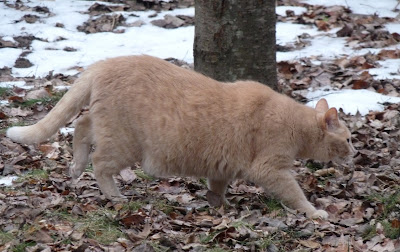 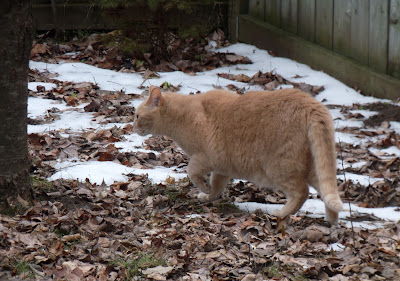 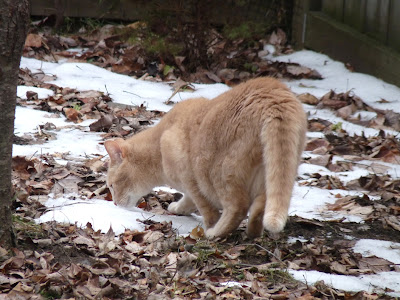 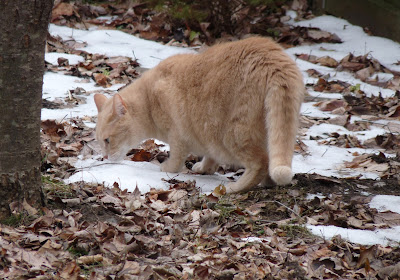 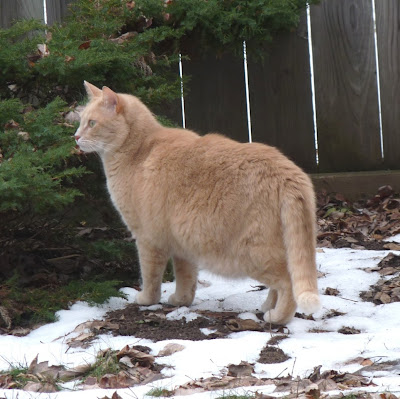 Whatever it was, the scent was so powerful that it wafted it's way to their sensitive noses from a distance. Can you guess what it was?  Perhaps you already know if you visited Dante's blog yesterday.  If not, you can go there now and the mystery will be revealed.
Posted by CCL Wendy at Friday, January 07, 2011

Wow! That was major Dante...

Haha, I think I have a pretty good idea! Have a great weekend! :)

That is some pretty potent poop if you could still smell it the next day!

Domino, you look so striking against the snow!

The snow may be vanishing, but some things linger on... right, Dante?

Domino and Dylan look like good kitty detectives! In search of good smells... I see the snow has melted and some of the leaves are showing again!

I'm on my way over to sniff for myself!

Hi Wendy! So happy to now be following you here as well!!!

This is ANOTHER fabulous blog! How in the world do you find the time???