Dylan saunters out to the back yard and takes his stand on the deck bench.  It's a nice day for this late in the season. 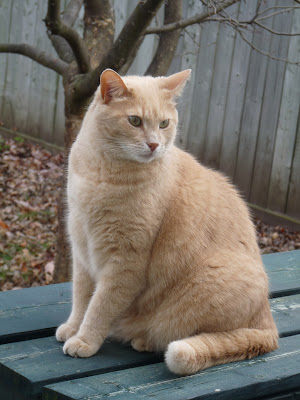 Dylan, who is quite skittish, thinks he and mama are the only ones outside right now. 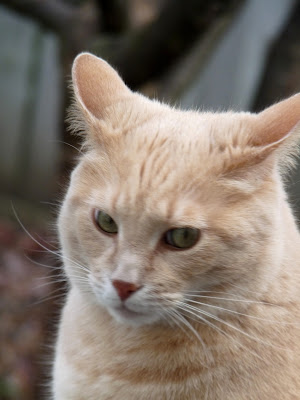 So when he hears a rustling sound behind him, he immediately goes on alert! 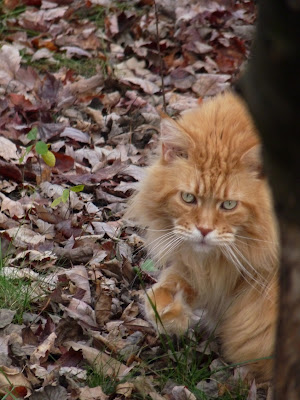 "Ha ha!  Is jus' me, yoo sissy!", says Dante peeking out from behind the tree. 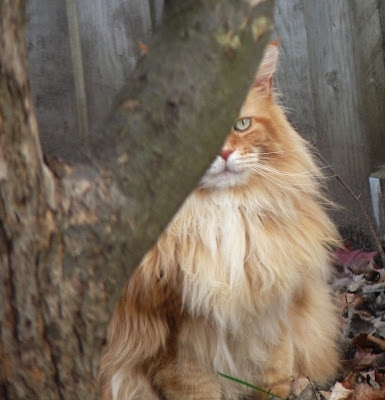 "I has bin heer all along, jus' wachin' yoo.  I alreddy staked out da yawd an' it's all cleer." 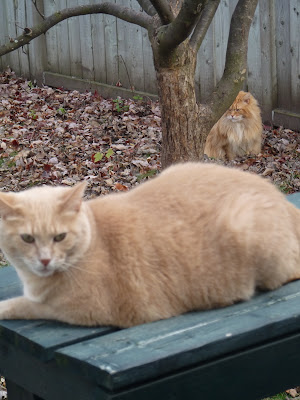 At that, Dylan feels a little sheepish.  "Baa!", says he. 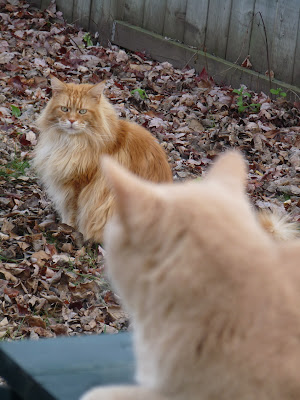 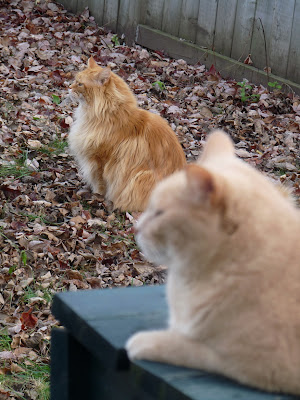 Then their attention is drawn, simultaneously, to a sound from the yard next door. 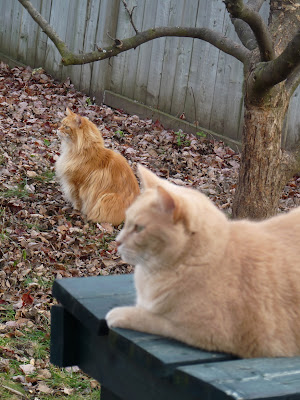 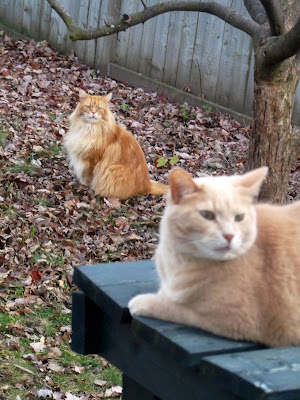 Then suddenly another sound gets their combined attention!  This time, not only is it noisy, but it's smelly, too.
Dante and Dylan raise their noses, in unison, to sniff the air for clues. 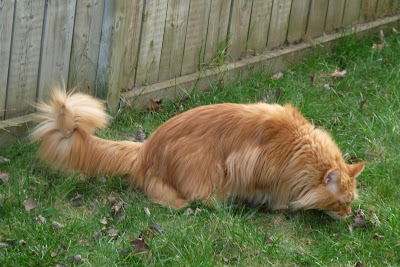 Dante, the Brave, checks out the situation, while Dylan runs inside.  Now what do you think that Dante discovered? 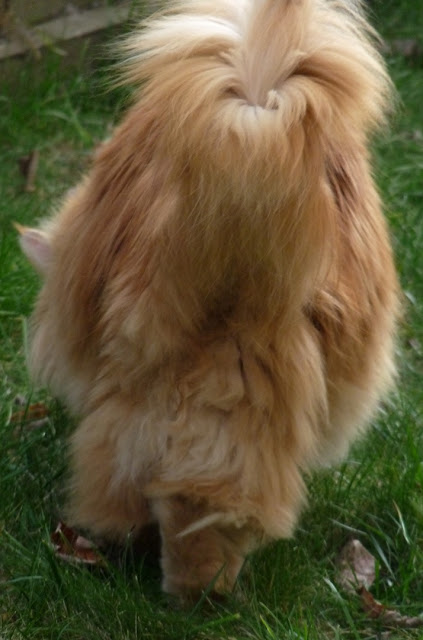 If we told you, it wouldn't be a mystery then, would it?

We biggified and still couldn't tell what Dante discovered. Dog pee? Kitty pee? A mousie or a mole? (We had a mole in our back space last night; what fun!)

Ooooooh we can't wait to read the rest of the mystery :-)

Dante's tail and pantaloons are just insane...I don't think I have ever seen so much floof!!!!

I wonder what he found. The two of them are working very hard to make sure their backyard is safe for the family.

We want more of the backyard rePURRt!

That was a wonderful story. Now what was it that they found. Too funny that Dylan ran back in the house. What a great picture of Dante. Love this mystery.
Take care and we will be back.

Oooo, I can't wait to find out what Dylan found!

Looks like an oak leaf to me :). It probably has the scent of that evil squirrel on it!
Two handsome senteries on guard! One high-tails it into the house and the other just high-tails it!
~Lisa Co9T

What a nice fall day to be outsides! Did you find something to nom?

Yeah, we wanna know what Dante found, too! Love the butt shot!

We can't wait to find owt wot happens next!

Hi Domino,
Would yoo like to go on a dinner date tonight? I'll be over before dark.

Always awesome adventure with the
3-Ds

We has some really BIG mousies that would be Dante sized... mom says they rhyme with cats.