MANCAT MONDAY: DYLAN AND DANTE AT WORK ON LAPURR DAY!

It is Labour Day here in Canada and the U.S. (where they spell it 'Labor').  However, for kitty cats that doesn't always mean it's a holiday.

My intrepid mancats, Dylan and Dante have been hard at work, each in their own way.  They're used to pulling their weight around here, anyway, and today is no different.

So, here's what my mancats have been up to on this LaPURR Day.

Dylan has been entertaining Grampa before we have dinner.  Playing with cats always brings a smile to Grampa's face, and Dylan's doing a very good job at that. 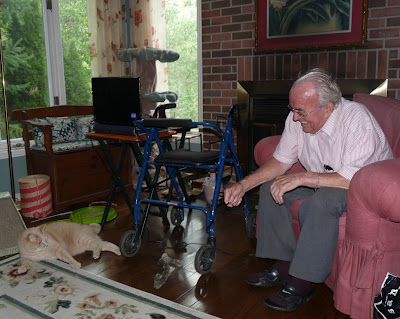 Grampa's using the new furry dangle toy that Dylan got for his birthday. 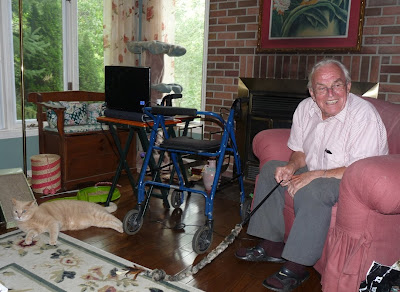 C'mon Grampa!  You have to make it dance! 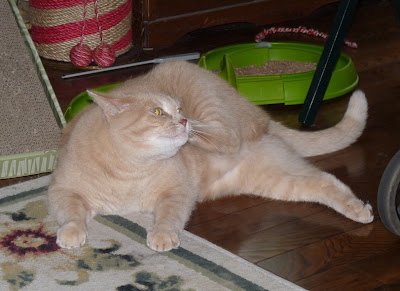 Even though Grampa's dangling isn't up to scratch, Dylan is!!! 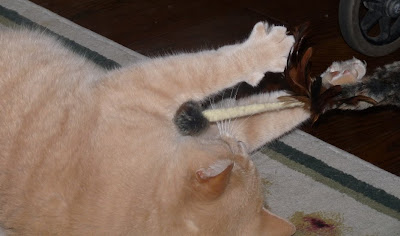 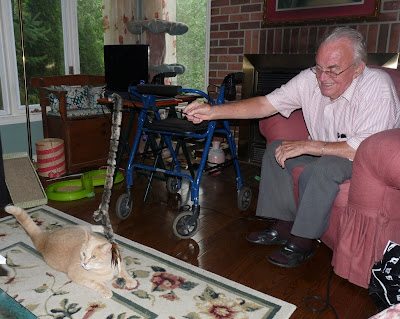 What a mancat won't do, just to entertain the elderly! 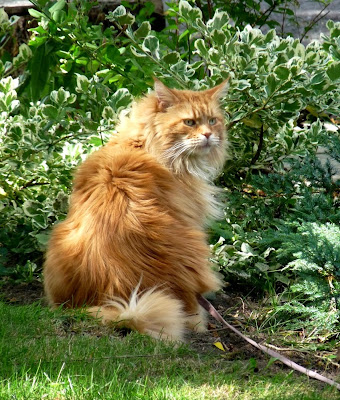 Meanwhile, Dante is outside, hot on the trail of a wild and wily beast. 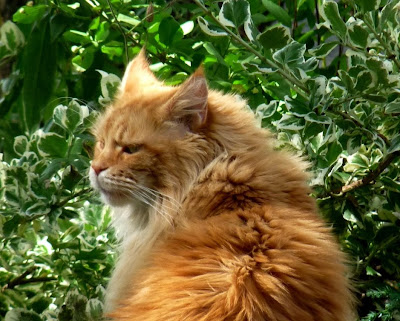 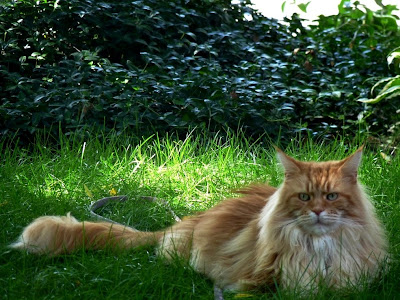 PURRhaps if he lies low, the beastie will show itself. 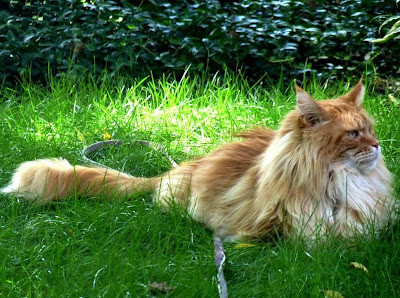 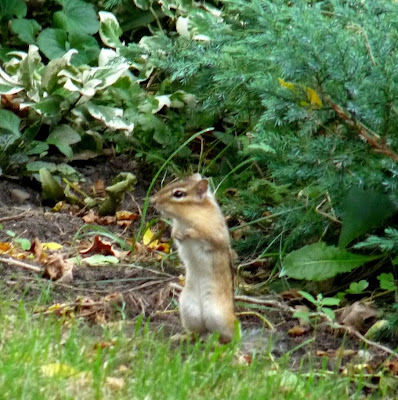 What beady little eyes it has!  And it's cunning knows no equal.  It's also very fleet of feet and ... 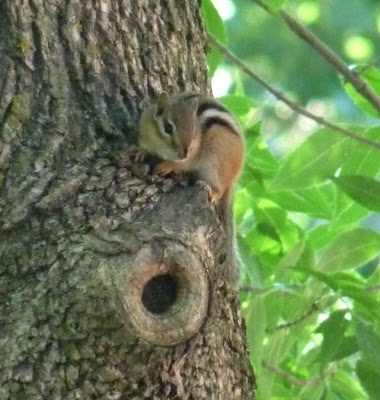 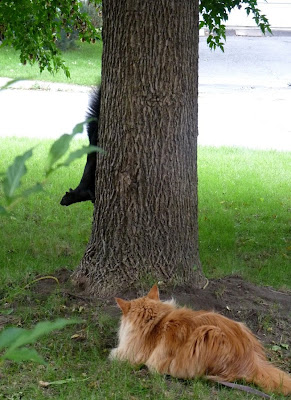 PURRhaps some bigger prey might be easier to catch, especially when they're not so smart, like this evil squirrel! 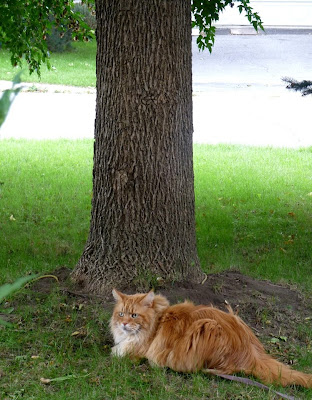 Drats!  Foiled again!
Sometimes you can work hard, every day -- and even on LaPURR Day -- but you don't get much reward.  Dante had the thrill of the hunt, but nothing to show for it in the end.
Dylan didn't work nearly as hard, but he made someone smile, and that is worth much more an escapist fantasy (Dante's fantasy is to catch a beast, but it always escapes!).  I guess the quality of your reward depends on what you're really after.
Happy LaPURR Day, efurryone!
Posted by CCL Wendy at Monday, September 06, 2010

Those beady eyed creature are sure lucky that Dante didn't really want to catch them! Dylan did a great job with grandpa. When you see the smile, you know it worked.

Chipmunk! Dudes, you are SO lucky. We only have Evil Squirrels!

I don't get to see chipmunks around here. You are very lucky.

You two are working so hard on Labour Day! We're just lying around!

We've never seen a chipmunk--what do they taste like?

What a lot of interesting things going on at your place. Have a great Labour Day!

I think Lapurr day is a good name for it!

Happy LaPurr Day to you, furiends!

You both have done a great job and worked really hard, each in your own way. We hope this means extra treats tonight! :-)

P.S. There *are* chipmunks around, but we've never seen them. It's rare for even our human to catch sight of one. So we're rather envious of the chipmunks that come into your yard!

Evil Chipmunk! We bet he would be sooooo tasty. You ManCats are exemplary workers on LaPurr day!

Looks like everyone is very busy on Labor day there. Nice of you to entertain the grandpa. Dante, good job trying to catch that bad squirrel. Hope all of you have a great rest of Labor day.

You are such hard working kitties! I hope you take a little tome to relax also :-)

Haha! Dylan, your Grampie is still learning how to play with you!! And Dante...we hope you catch one of those evil introoders one day!!

Happy Labor/Labour/LaPURR Day to you all!

Dylan, you are very good at keeping Grampa entertained. Better luck next time with the evil squirrel Dante.

I think the kind of work Dante did today is a totally acceptable Labor (or Labour or LaPurr) Day activity! Dylan, on the other hand... I think he would have been better off just resting!

Well done for entertaining Grandpa ~ it's a hard job but someone hasta do it.

And that chipmunk is AWESOME!

PS: Dommy ~ can I fly over and see yoo for a play date today?

You gotta keep those old folks entertained... and the REALLY old folks too! Gramdpa looks like he was having a really great time! GOOD work on LaPURR Day!