That Dylan is simply relentless! 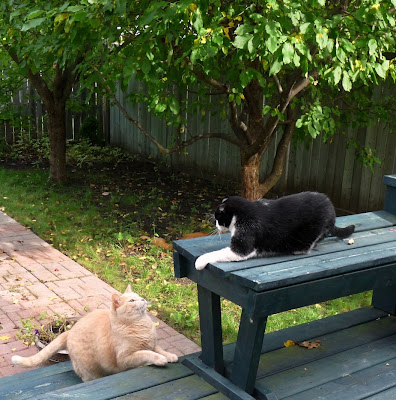 He knows that Domino is the Queen, but he still tries to usurp her throne.  It's a neverending battle. 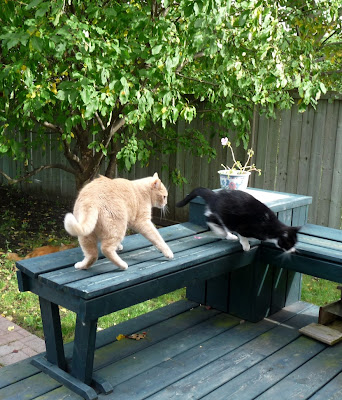 Rather than subject herself to further mortification, Domino leaves Dylan to his own devices. 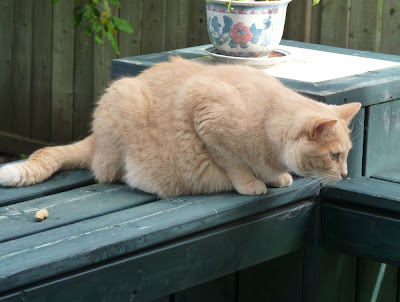 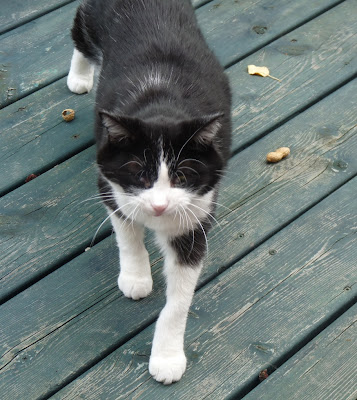 Domino is simply FURious!  That peasant doesn't know his place.
"I gets my henchmancat to takes care of him", she says. 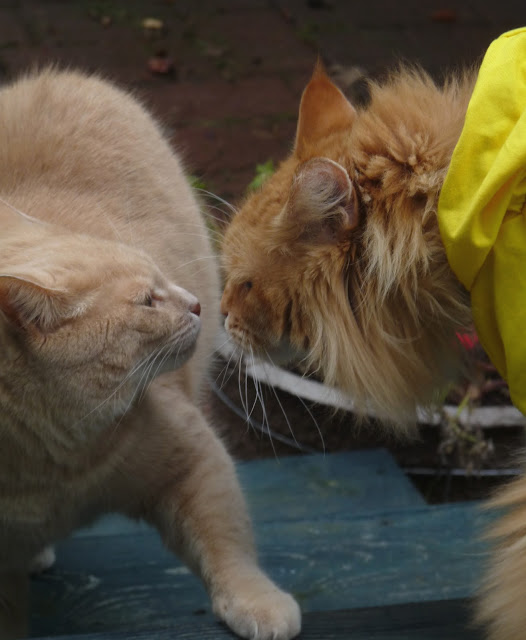 "You will treets her Majesty wif respeckts -- or else!", says Dante to Dylan.
Sometimes bullies just need to be bullied.
Bully for you, Dante!
Posted by CCL Wendy at Friday, September 24, 2010

Good for you, Dante! You tell Dylan to show some respect!

BTW, last evening, Nicki was fighting with the neighbour's cat on the other side of the fence, and as usual turned his aggression toward poor Derry. Well, Annie was outside too, and when Nicki attacked Derry, Annie flew at Nicki, hissing! Totally surprised me and I'm not sure if she meant to protect Derry or if she was just generally upset and defensive over Nicki's aggression.

Dylan, that is really not the way a gentlemancat should treat a ladycat.

Oh dear, I guess this means that Ichiro may never recognize my queenness either... sigh.

Dante, you are such a gentleman for standing up for your sister!

Dylan, we agree with Eric and Flynn - that was not a gentlemancatly move at all!

Sheesh! Dylan, you mind your P's & Q's or Johnson may be over to sort you out.

Whoa, lots of drama going at at the 3-D cat household!

Cats caught in the act of being cats! I love when my guys mix it up a bit! Your boys are such fun!