I thought today I would just pick some random pictures of my 3-Ds and their furry FURiends.  Each of the photos has something a little interesting about it, but they were never sufficient for a post all on their own. 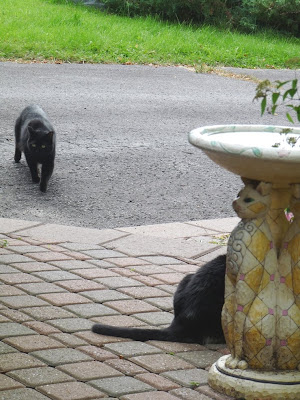 Domino's in the foreground with neighbour kitty Figaro on the apPURRoach. 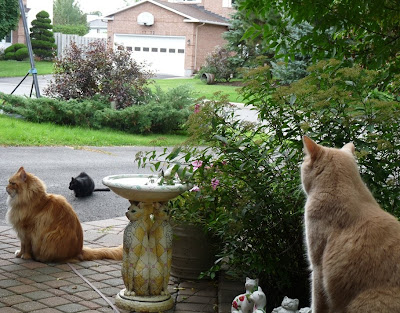 Figaro is kept at bay by Dante's imposing presence, while Dylan calmly looks on. 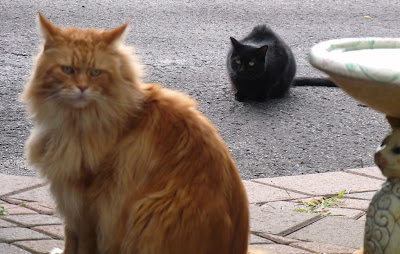 Dante continues to stand in Figgy's way with a look of exasPURRation on his face. 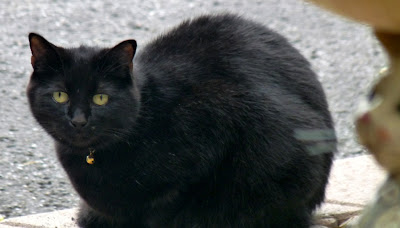 Finally Figaro!  He's PURRsistent if nothing else.
(I gave him some treats but he sniffed them and walked away!  Fussy Figaro!) 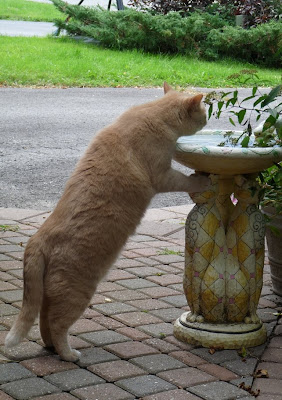 Dylan at the reFUReshment stand. 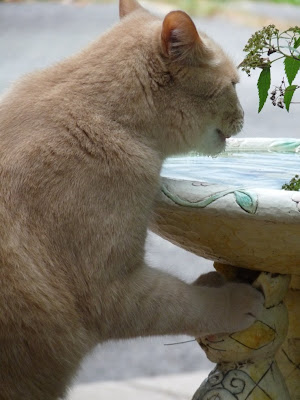 His paws are covering the birdbath kitty's eyes, as he steals the contents of the basin. 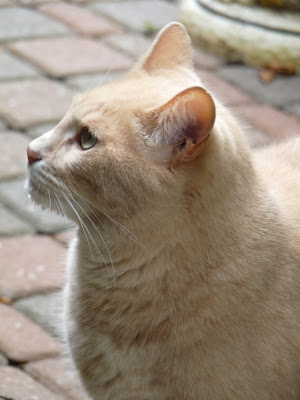 It seems that Dylan's chin went for a dip in the birdbath as well.  Ah -- reFUReshing! 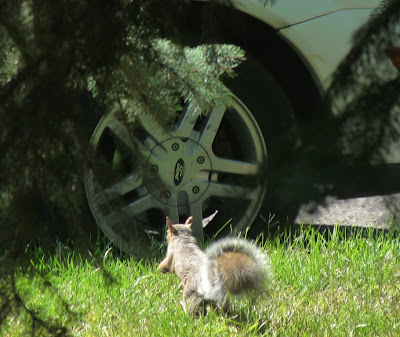 Here's our gray squirrel FURiend.  I thought this picture spoke volumes about how nature and technology are in such close juxtaPAWsition, especially in suburbia. 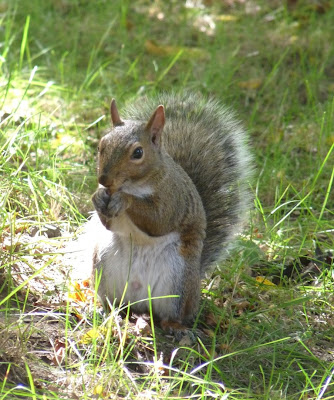 At first I thought our cute little gray squirrel had a bellybutton, until I looked it up on the internet and realized it's something else altogether!  Let's just say it's a PURRivate part. 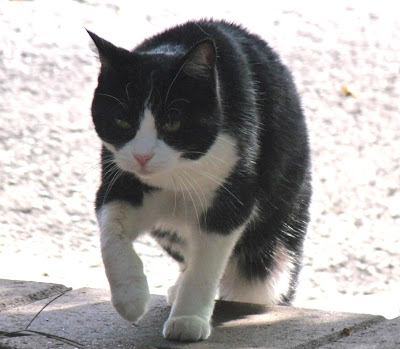 Here is Domino, calm, cool, determined and in control while on patrol.

Here is Domino calm, cool, and collected while lounging on the bench.  She dominates her environment whereFUR she may be. 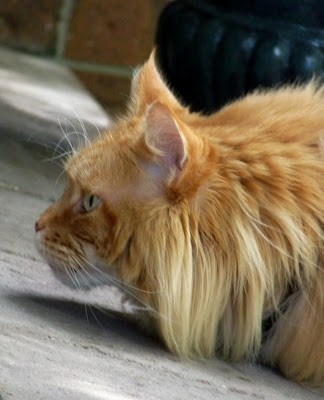 Dante is sniffing out the hiding place of our tiny furry FURiend. 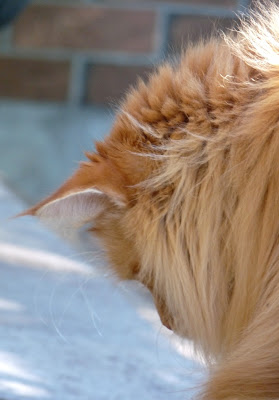 He knows it's in there somewhere.  Come out, come out, whereFUR you are! 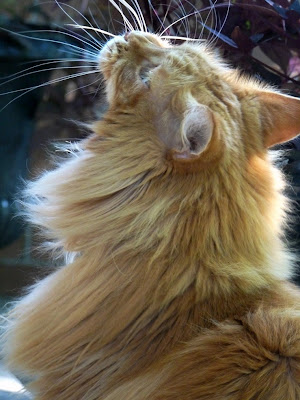 In FURustration, boredom or PURRhaps simply fatigue, Dante yawns, displaying his magnificent whiskers in the PURRocess. 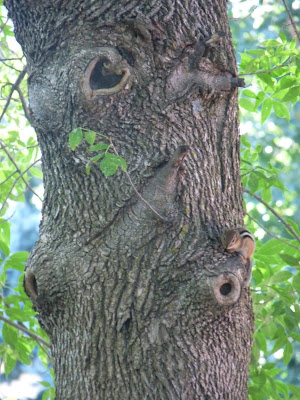 And here is the tiny beast who escaped to the safety of our neighbour's tree.  I thought the tree itself had such PURResence in this picture, with all its knots and gnarls. 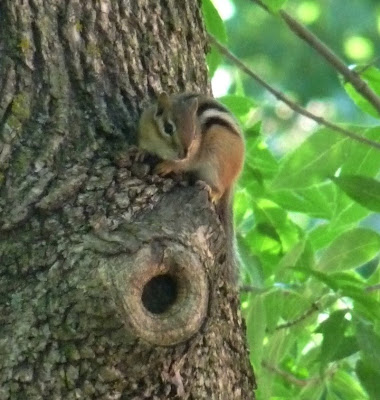 And finally on this Friday, it's a close-up of our little FURiend, Chippie.
Cheers, eFURRYone!
Posted by CCL Wendy at Friday, September 17, 2010

You all look fabulous today! Especially Evil Squirrel and Chippie!

Very nice photos. They all have their on personalities.

These were all wonderful photos! It was fun to see all of you and all of your various animal friends!!

I don't get to see little Chippies down South.

Oh look at everyone in the bird bath! I wonder if there were any birds to sniff?

I must say this was a PURRfect post FUR a Friday evening! Thanks, W!!

Dante, Dylan and Domino are definitely rulers of all they survey! Benevolent, but rulers nonetheless.

Fantastic pictures, they tell the story of daily life around your place very nicely.

So glad to see you 3 communing with nature and fellow felines! We watched our squirrel friend tear down grandma's other sunflower head and steal all the seeds! Mom's glad she grabbed the big one before he got it too!

You have lovely friends and neighbors. Love the birdbath shot!