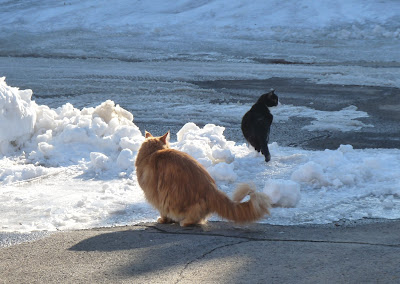 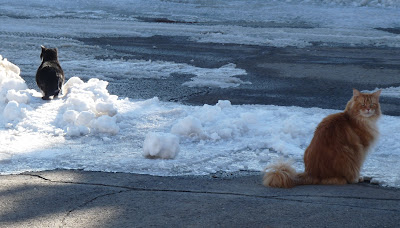 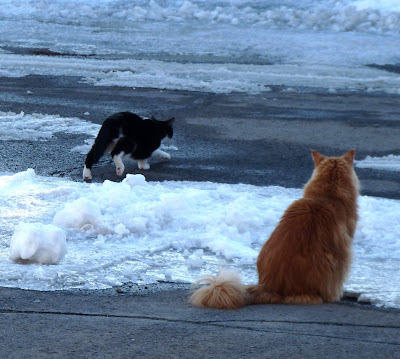 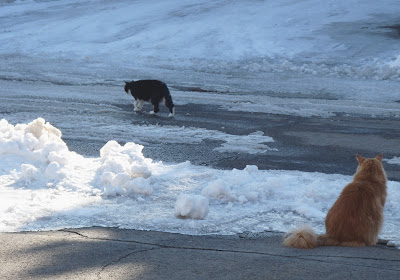 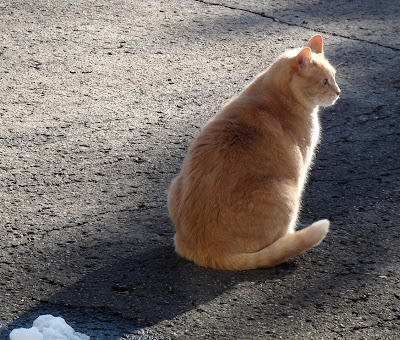 We can see that Dommy is in charge of this exploration mission!!!!!!! Great pictures. xxxxxxx

I must be looking forward to summer...I first saw the picture and thought I was seeing waves! Great pictures.

Be careful of snow removal machines! Our Mom has an irrational fear of them, so this winter has been pretty bad for her!

At first we thought it was an ocean you were at! It looks cold with or without imagining water!

Did you get more snows too? When I ask you... when are these snows going to stop! I want to see you three against green grass again!!!

Those are terrific pictures. Looks like that Dom is the brave one. Wow, that looks cold. Hope you get warm there soon. Take care.

Watch out for polar bears!

Dylan does not seem to be too enthused about this expedition.

Dylan is paw-sitively glowing in that last pic! I second Daisy's comment about polar bears, mol!

Brrrrr! The sun's getting low, too!
~Lisa Co9T

looks pretty cold out there!

Watch out for polar bears.

Wow! That does look like the artic!! You all are so brave to be out there!!

For the first split-second I thought they looked like they were at the ocean too! Interesting shots.